The annual sum of all discounts amounts to over CHF 100 million.

Over 1,000 employees in the network care for our customers.

Reka as a driver of the Swiss holiday and leisure industry

With our two business segments Reka Money and Reka Holidays, we are unique worldwide. The earmarked rec-reational allowance is available at a discount in various forms from numerous employers, employee associations, Coop supermarkets and Manor shops. And it’s welcomed at numerous acceptance points throughout Switzer-land. A unique money cycle where everyone benefits: users benefit from a larger holiday and leisure budget, employers from a popular, flexible fringe benefit system and acceptance points from more sales and new cus-tomers. The resulting additional consumption of more than CHF 100 million per year bolsters the Swiss leisure and tourism sector. In addition, the majority of our own holiday resorts are located away from the busy Swiss tourist centres and thus help promote individual locations. 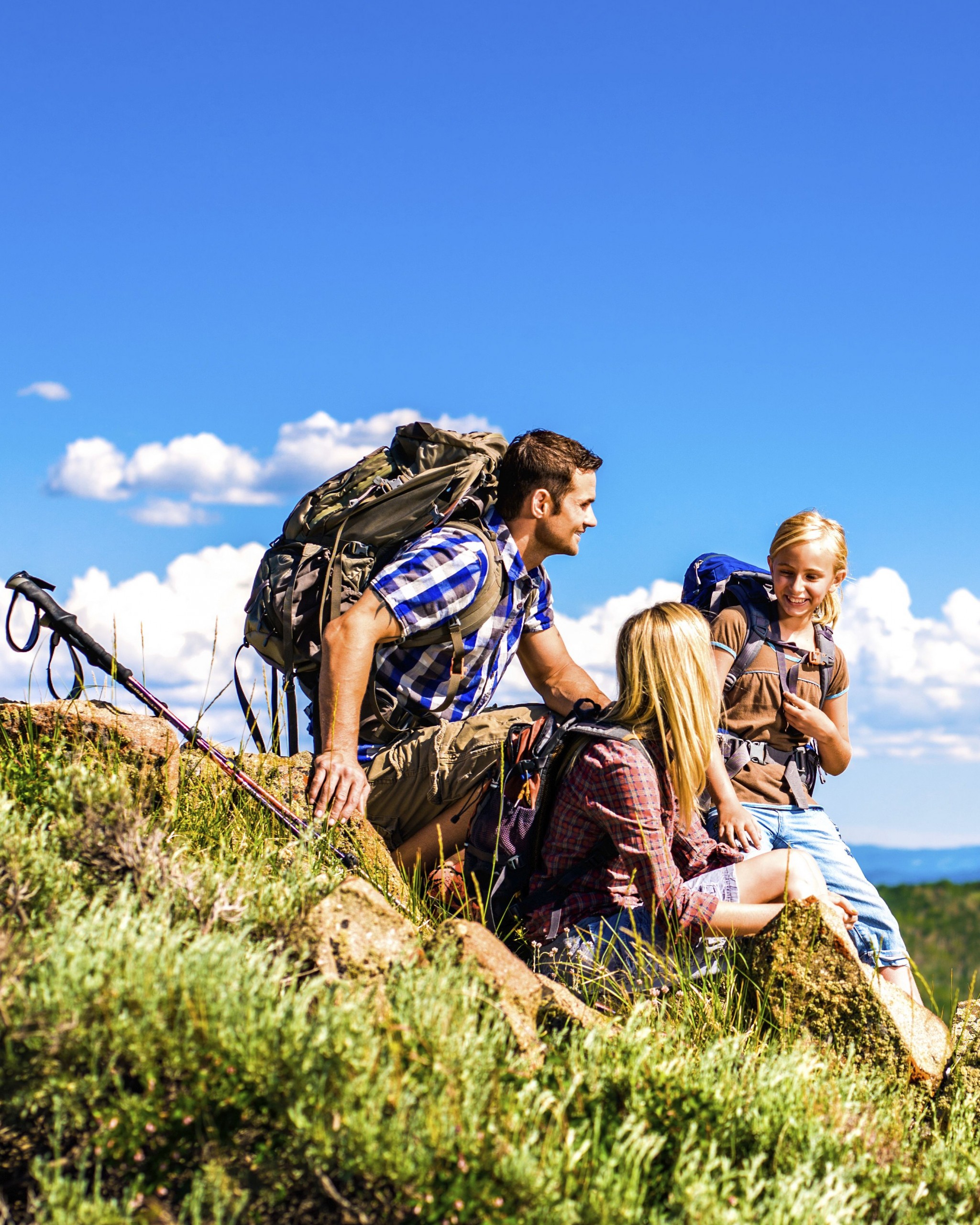 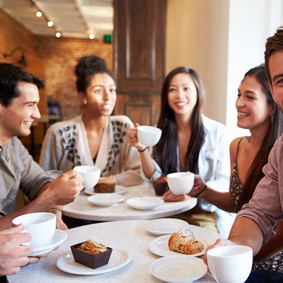 The Swiss business community working together for the common good

Reka's success is based on a good idea, which was realised at the right time with a unique coalition. In 1939, rep-resentatives of major Swiss companies, employee associations and tourism organisations founded the Reka Co-operative. Today, the list of around 500 cooperative members reads like a "who's who" of the Swiss economy: ABB, AXA, Basler Versicherungen, Coop, Credit Suisse, Fenaco, Swiss Post, hotelleriesuisse, the Swiss Commercial Association, Novartis, Raiffeisen, Roche, SBB, Swiss National Bank, Swatch Group, Swiss Life, Syngenta, UBS, Unia and many other companies and organisations contribute to our success. Reka has become as much a part of Swiss culture as a pocket knife in a hiking rucksack and is one of the most important tourist companies in Switzer-land.

We think about holidays and leisure time differently – we’re always aiming to help people benefit more from their free time. In doing so, we follow a non-profit principle and do our part for the environment. As a non-profit enterprise we do not distribute profits, but invest them in our social tourism business purpose.

We want to connect people, nature and tourism in a sustainable way. Our selection of holiday offers is varied and geared to different needs. What they all have in common is a family-friendly atmosphere and proximity to nature. Reka Holidays mean more time with family and friends and more experiences, but also more integration, thanks to the Reka Foundation for Holiday Aid.

With our discounted money system, we offer clever ways to increase your holiday and leisure budget. Reka Money, which is specifically intended for holiday and recreation expenses, is one of the most popular fringe benefits in Switzerland. It is both tax-exempt and can be used in many different ways: For hotel accommodation to public transport tickets and wellness admission.

Contributing to the public good

As a socially committed organisation, we cultivate values of cooperation in a constantly changing world. Humanity and respect for the environment are at the heart of our activities. We provide our services from an economic, ecological and social point of view for the benefit of all parties involved and in consideration of future generations.

What sets us apart

With ambition and courage, we are committed to generating new ideas and meeting the needs of our customers and partners. We make a significant contribution to the promotion of tourism and business in Switzerland – and have done so sustainably and with future generations in mind. We are proud of our long-standing tradition and our continuous development.

We are committed to community values and want to improve the quality of life for as many people as possible by providing unique holiday and leisure experiences. With our discounted payment methods, holiday villages and Reka Foundation for Holiday Aid, we not only support the general population, but also promote sustainable tour-ism and business development in Switzerland.

As a non-profit organisation, we invest the profits we make in sustainable holiday resorts, special services, handi-cap accessibility and in our foundation. We develop future-oriented solutions and have the courage to change. We always act conscientiously for the benefit of today's and future generations. And we strengthen our competi-tiveness in line with the environment.

Held in high regard

We are proud that we have shaped the development of tourism and travel in Switzerland – and have done so sustainably from the very beginning. With our long history we have become part of the cultural heritage. To ensure that we can continue to contribute to the common good in the future, we are proactively seeking new solutions. Reka's success proves that great things are possible when different partners join forces for a good cause.

We are the issuer of the unique rewards vouchers, and our holiday resorts in Switzerland and nearby countries offer recreation, entertainment and lots of fun for young and old alike.

No fringe benefit is as versatile or capable of being used in so many ways as Reka Money. Also as a bonus or gift, rewards vouchers are very popular with employees and are even tax-exempt.

Since Reka Money is discounted and prepaid, it is spent more easily. We advertise all acceptance locations through our channels. This leads to greater visibility, new customers and more sales.

For giving back to our communities

Our Reka Foundation for Holiday Aid enables low-income families to take a holiday and provides special offers for single parents. We also support holiday camps for children and young people with disabilities. 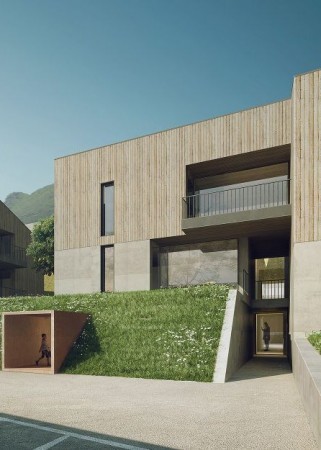 The popular holiday village with a view of Lake Lugano will undergo a complete reconstruction.

The facility will be extended with ten more flats and optimised in accordance with our ecological standards. By replacing the existing buildings, we are following our strategy of continuously adapting the holiday resorts to the needs of our guests and our sustainability strategy. The end of construction and the opening of the new facility are scheduled for spring 2022. 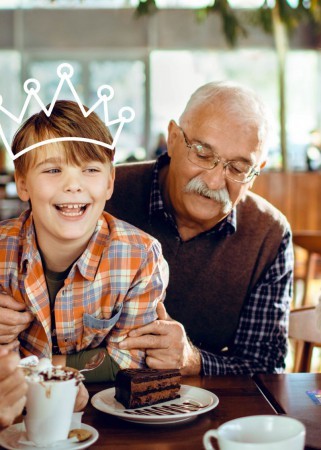 From January 1st, 2021, the Reka-Card replaces Reka-Checks in Coop supermarkets.

From January 1st, 2021, the Reka-Card replaces Reka-Checks in selected Coop supermarkets, Coop-City department stores and Coop Bau+Hobby DIY stores as well as in all subsidiaries of Coop branch offices. With the Coop Supercard customers continue to enjoy a 3% discount on digital Reka Money. Reka-Checks are still valid and continue to be used as a means of payment. 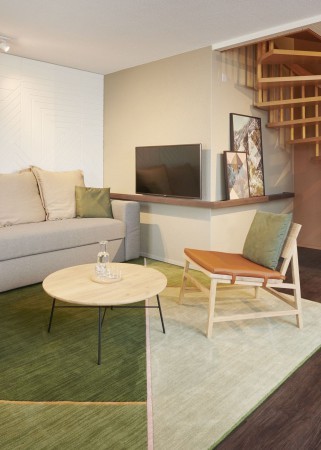 The Reka Holiday Village will be refurbished step by step.

24 flats in three buildings have already been renovated. The flats in the three other buildings will be refurbished each November until the start of the winter season 2023/24. The Holiday Village was built in 1993. The resort offers 60 spacious apartments distributed among the six buildings. The resort includes the «Guests’ House», a small library, an indoor pool, a sauna and a massage institute. The Holiday Village is located in the immediate vicinity of the Wasserwendi-Käserstatt gondola station.